A poet and Bin Laden 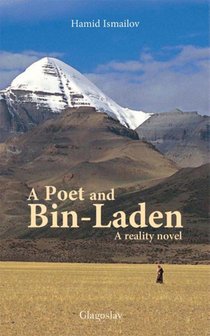 The reality novel A Poet and Bin-Laden set in Central Asia at the turn of the 21st century against a swirling backdrop of Islamic fundamentalism in the Ferghana Valley and beyond, gives a first-hand account on the militants and Talibans internal life. The novel begins on the eve of 9/11, with the narrators haunting description of the airplane attack on the Twin Towers as seen on TV while he is on holiday in Central Asia; and tells the story of an Uzbek poet Belgi, who was disappointed in the authoritarian regime in Uzbekistan and became a terrorist in the eyes of the world. His journey begins with a search for a Sufi spiritual master and ends in guerrilla warfare, and it is this tension between a transcendental and a violent response to oppression, between the book and the bomb, between Archipelago GULAG and modern Central Asia and Afghanistan, that gives the novel its specific poignancy. In this book Hamid Ismailov masterfully intertwines fiction with documentary and provides wonderfully vivid accounts of historical events such as the siege of Kunduz, the breakout from Shebergan prison and the insurgency in the Ferghana Valley as witnessed by the Byronian figure of Belgi, who enters the inner sanctum of al-Qaeda, and ultimately meets Sheikh bin Laden himself.