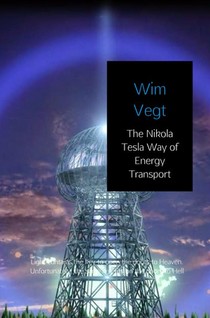 Nikola Tesla has been one of the greatest scientists who has ever lived. His inventions still are amazing the world by his creativity and his unique way of thinking. One of his most powerful and unique ideas has been the concept of the possibility to transport massive amounts of energy through the air without any wires and finally (almost) realized before his death by his famous “Wardenclyffe Tower”. Till now the “Wardenclyffe Tower” has not been very successful. Because at his time Nikola Tesla did not have the financial resources and the correct theoretical background to design the right concept for his unique project. This book describes a new and much more efficient way of "Energy Transport" which is so efficient that it will be possible to keep large planes (TESLA Planes) up in the air for many years, energized by a TESLA beam and a system of small shuttles bringing passengers, staff, food and luggage towards and from the large TESLA planes towards the local airports all over the world. Which will cause much less pollution in the higher regions (upper troposphere and lower stratosphere) because the aircraft system is completely electric.