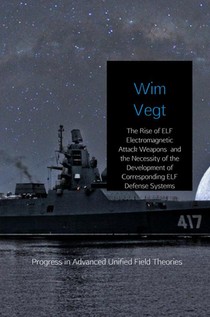 The original idea that electromagnetic waves propagate in every direction with the same universal constant, the speed of light, corresponds with Maxwell’s Theory of Electrodynamics in 1865. With the introduction of the Laser it became clear that it is also possible to emit a beam of light in one single direction while the speed of light in the directions perpendicular to the direction of propagation equals zero. In general, the laser frequencies are so high that the Laser radiation will not be harmful for the human brains and organs. Recent developments however demonstrate that it is very likely that Eastern countries like China and Russia are already doing experiments with Extreme Low Frequency (ELF) Masers. The fundamental principle on which Lasers and Masers are operating is the Phenomenon of Resonance. The fundamental Condition for Resonance is that the dimensions of the cavity are at least the dimension of the wave length. The wavelength of a frequency of 2.000 [Hz] equals 150 [km]. This means that to build an ELF Maser for a radio frequency of 2.000 [Hz] a resonance cavity is needed with the dimensions of at least 150 [km] which is about five times the size of New York.